George Vlahakis is associate professor of History of Science and Philosophy, School of Humanities, Hellenic Open University. He is Director of the M.Sc. Program “Science Communication”. His research focuses on the intersection science and politics in Greece during the 20th century. George is especially interested on the ways scientists of left ideology have been treated in Greece after WWII. He has studied expensively the case of the physicist Achilles Papapetrou. He currently studies the relationship of the former Queen Frederica with the famous theoretical physicist Werner Heisenberg and the status of science during the period of the military junta in Greece. George is member of several academic societies and organizations. He is President of the Commission for Science and Literature DHST/IUHPST; Secretary of the History of Physics Group/European Physical Society; Correspondent member of the International Academy of the History of Sciences. He has published a large number of papers and books in English and Greek and has organized and participated in many national and international Conferences. 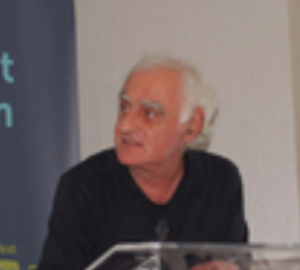