Kapil Patil, Ph.D., is a postdoctoral fellow in the ERC project “Living with Radiation: The Role of the International Atomic Energy Agency in the History of Radiation Protection” at STGS. His research focuses on the intersection of science policy and diplomacy in the nuclear and defence technology sectors. He received his Ph.D. in Science Policy from the Centre for Studies in Science Policy, Jawaharlal Nehru University, New Delhi; his doctoral thesis examined public technology procurement as an instrument of innovation in India’s military radar industry. He was previously associated with institutions such as the Research & Information System for Developing Countries (RIS) (2020-22) and the Indian Pugwash Society (2011-17), both based in New Delhi, where he worked on a research project on India’s nuclear program, sponsored by the Indian Board of Nuclear Sciences (BRNS), and co-edited a book titled India’s Nuclear Energy Programme: Challenges, Prospects, and Public Concerns (Pentagon Press, 2014). He was awarded the Emerging Leaders Fellowship 2018 by the Korean Ministry of Unification and is an alumnus of the Nuclear History Boot Camp (2011), jointly organized by the Woodrow Wilson International Center for Scholars, Washington D.C., and the University of Roma Tre. Dr. Patil has authored several refereed and non-refereed publications.

In the Living with Radiation project, he examines the creation and diffusion of radiation protection standards in the post-Cold War years and the way the International Atomic Energy Agency mediated diverse techno-political interests to institutionalize global radiation safety governance and influenced nuclear scientific trajectories. 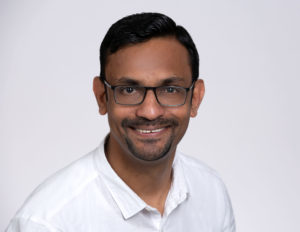